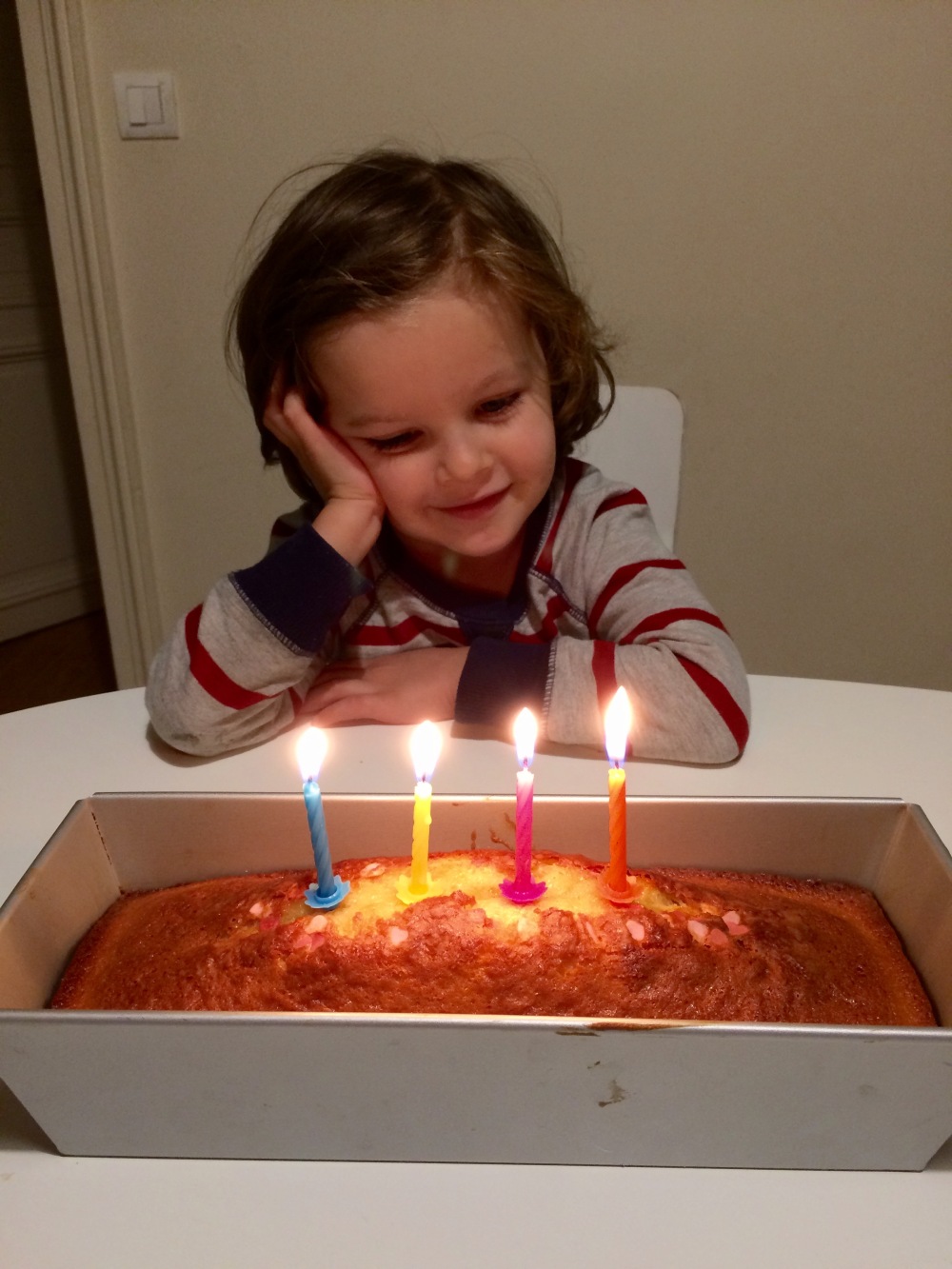 We made a yogurt cake this afternoon while his dad and brother were at the movies. He asked if we could put four candles in it and pretend like it was his birthday again. I said, “Sure.” It was only one day past the real date. After I sang happy birthday, I told him to make a wish and he said out loud, “A rollercoaster. Please, a rollercoaster.” Then he proceeded to blow out each candle the same way he blows on his food when it’s hot – with a weak yet audible concentration of breath. He grabbed the pink candle afterwards and learned immediately that the wick is still very hot even after the flame is extinguished. He flinched and thankfully avoided a burn. When I got a text that Jonas and Rhône were on their way home, Rocky said, “We need to light the candles and sing happy birthday again, this time with Daddy and Rhône.” So we did. And he wished for a rollercoaster again.

Rocky is clearly a thrill seeker, so we thought he would enjoy going to a circus for his birthday. We set out to pick one (there are several in the area), and after a little research, I zeroed in on the Cirque d’Hiver. That means “winter circus.” It’s right near us in the Northern Marais and housed in an ornate, oval building which first opened in the winter of 1852 as the Cirque Napoléon and has been run by the Bouglione family since 1934. When I found out that a guy puts his head inside a lion’s mouth as part of the show, I knew this was the circus for us. Apparently this man’s father and grandfather were lion tamers and they absolutely did not want him to follow in their footsteps because they felt it was too dangerous. He did several other jobs within the circus (he was a juggler and trapeze artist for years) and finally ended up working with the lions. I also read that part of the show involved trained rats. Would they be Parisian sewer rats? Would there be some sort of nod to the movie Ratatouille? We had to find out. We bought tickets online (only 12 euros each!), got the boys on their scooters and headed to the Cirque d’Hiver. 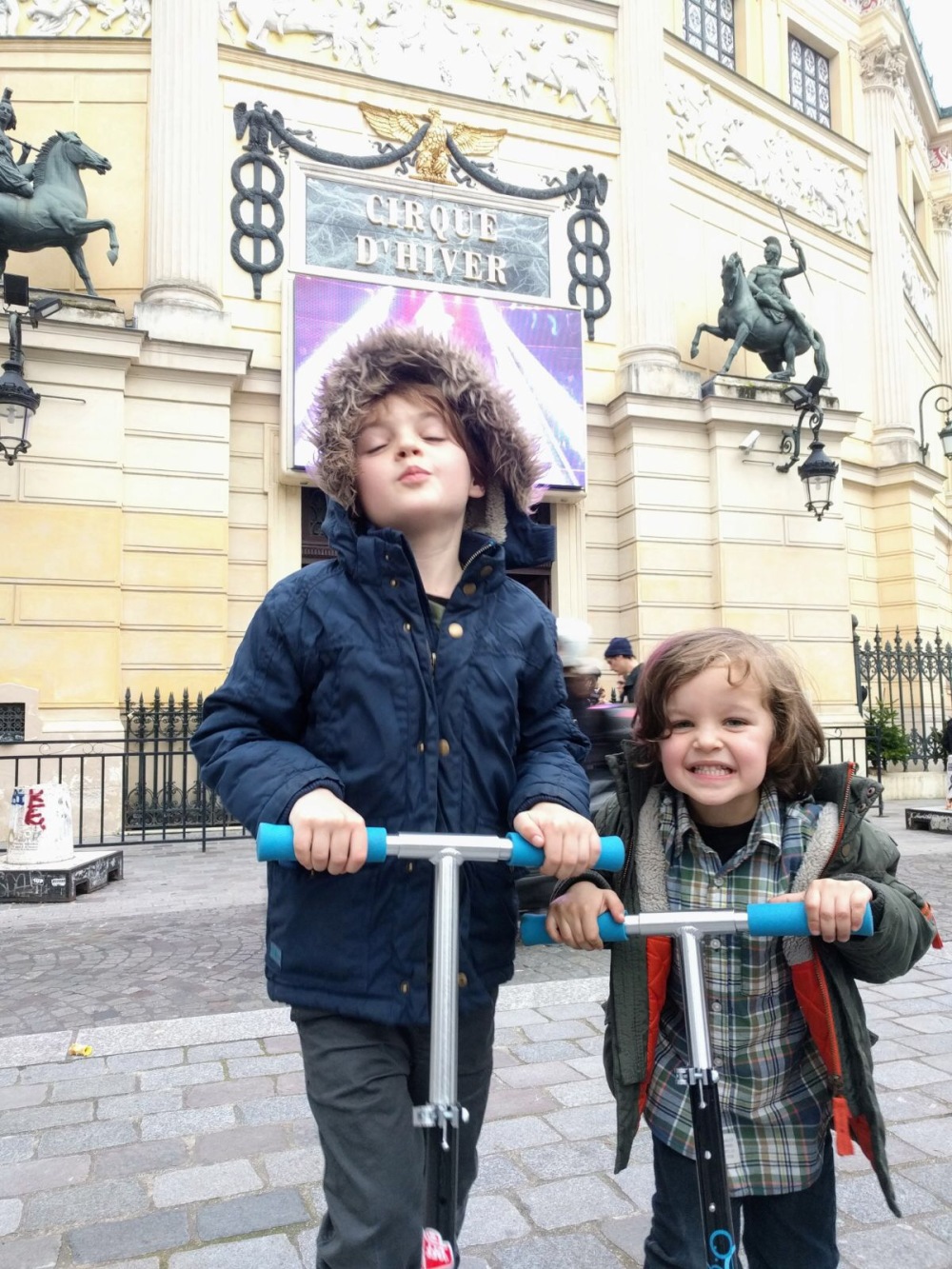 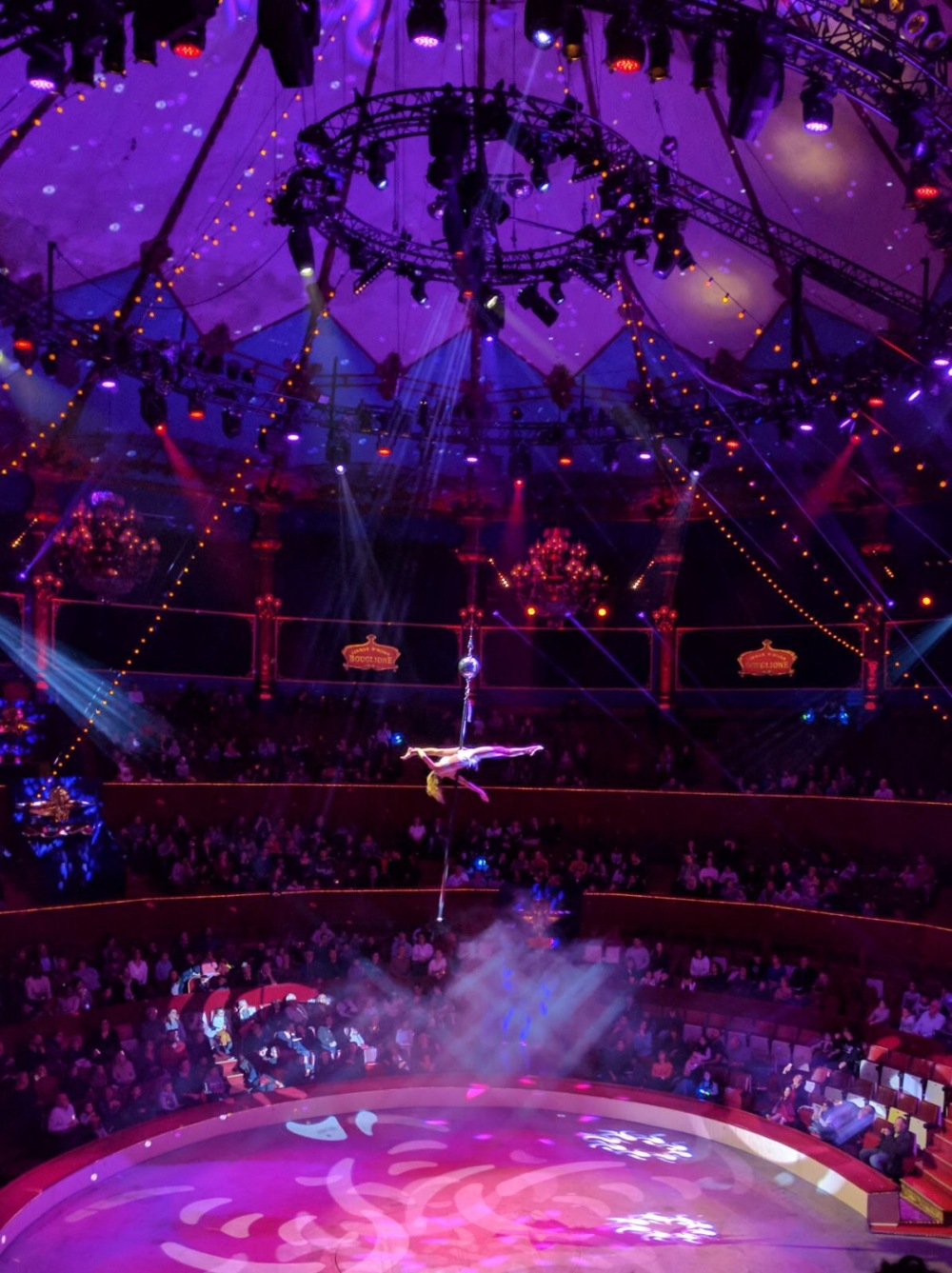 Even though we were anticipating great things, the show completely exceeded our expectations. The building was gorgeous inside and out, the talent was incredible and we loved the live band that accompanied each act. For two hours we were all mesmerized. That evening, I asked my boys what they liked most about the circus. Rocky said, “Ratatouille.” That was one of the little rats who jumped out of a tiny plane wearing a parachute. Rhône replied, “Everything.” Jonas said he enjoyed the clown with the trampoline, and later confided it was because R&R were cracking up over him and that made him so happy. I liked the lion act. Those cats were massive! There was a tiger in the ring too and at one point he jumped back and forth over two standing lions. Rhône leaned over and excitedly said, “Mommy, take a picture of that!” I did, and captured many other cool circus moments as well. It was a memorable day and the perfect way to celebrate our own little lion – the one whose mane and spirit cannot be tamed – Mister Rocky C. Fischer.