A couple months ago my friend Mike posted on Facebook that he was receiving emails from a complete stranger describing this man’s travels in Italy. I told Mike I’d love to see those emails and he kindly sent me everything he’d received thus far. We’re talking 40+ emails with photos and descriptions of travels to places like Cinque Terre, Tuscany, Rome and Lake Como. The author was James, a professor from Georgia who was traveling with his wife, Patricia, and another American couple.

The emails kept coming. I lapped them up and couldn’t resist sending Mike my thoughts on some of the subject matter. For example, James made the “executive decision” to skip visiting Pisa due to traffic. Patricia was the only one in the group who had never been there before and I speculated she was quite miffed. Reading the these emails was so much fun, probably because we weren’t supposed to have any of this information. When the trip ended, Mike sent a note to the professor explaining how he was mistakenly included on his email list. He also shared a little poem that we collaborated on about the details of their voyage. I guess James appreciated it because he offered to send more emails chronicling a trip they took to Ireland a couple years ago. Yes, please! 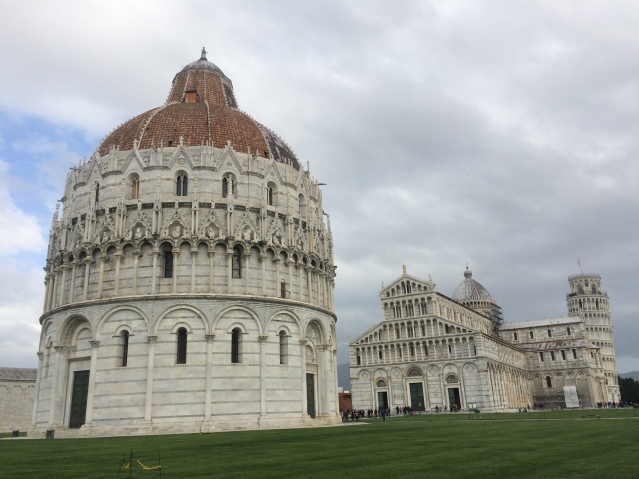 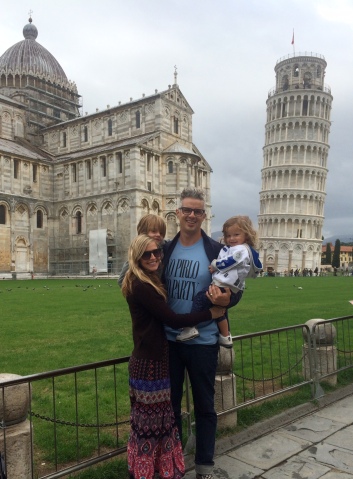 Today our family visited Pisa. If James’s wife is a fan of Gothic, Romanesque and Renaissance architecture AND taking cheesy photographs in front of said architecture then I think she would have loved it. The big attraction is obviously The Leaning Tower and you know we took photos pretending to hold it up. It’s not as easy as it looks, people. Especially when you have two small children who want nothing more than to escape from you and run on the grass nearby, which is strictly forbidden! 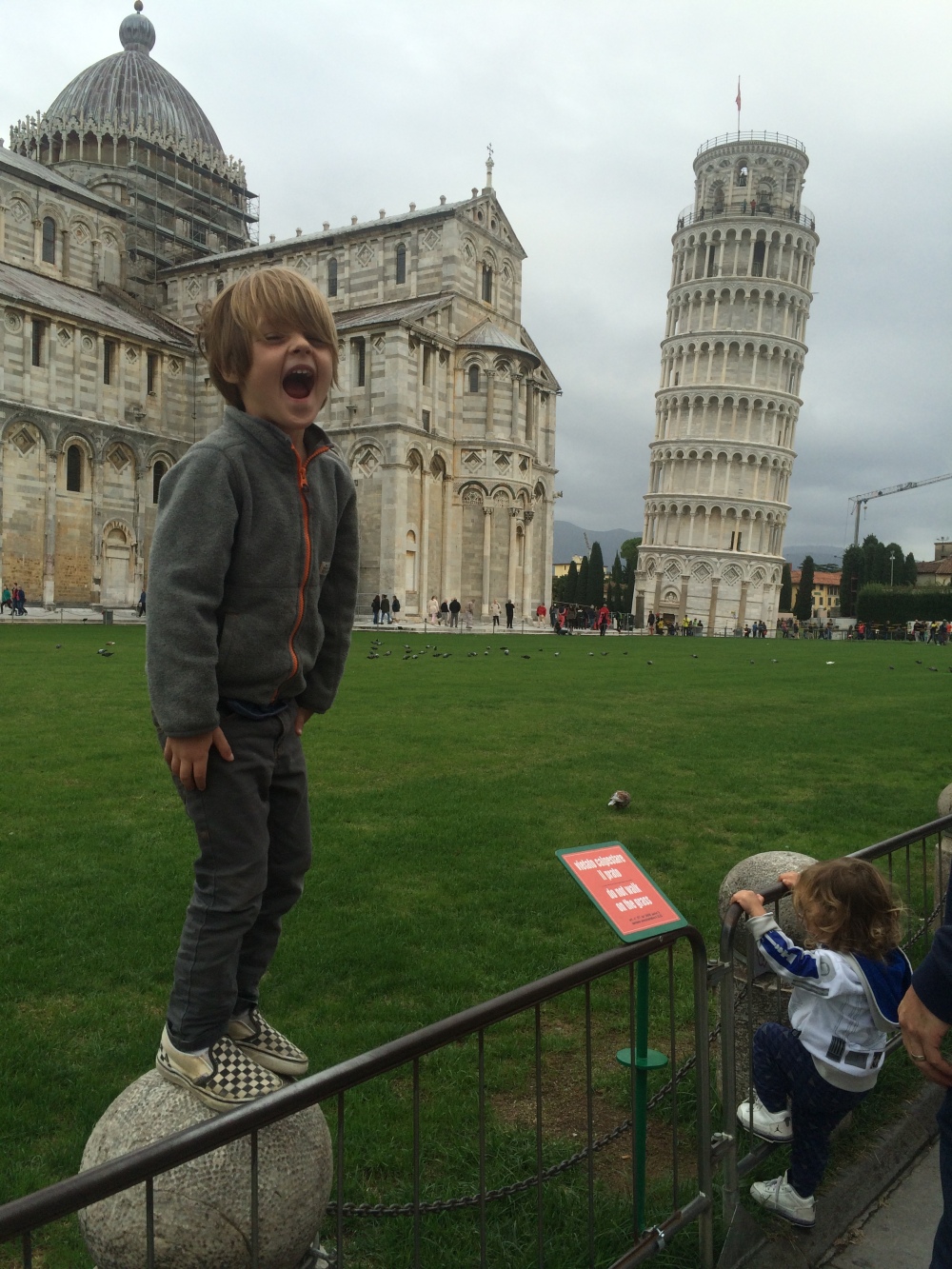 We tried to get creative in the small time frame we had and ended up with several photo fails. Sometimes our perspective was way off. But hey, if you think about it, Pisa is a place that celebrates failure (they never did get that tower to stand upright and now the world flocks to see it), so we were in good company! 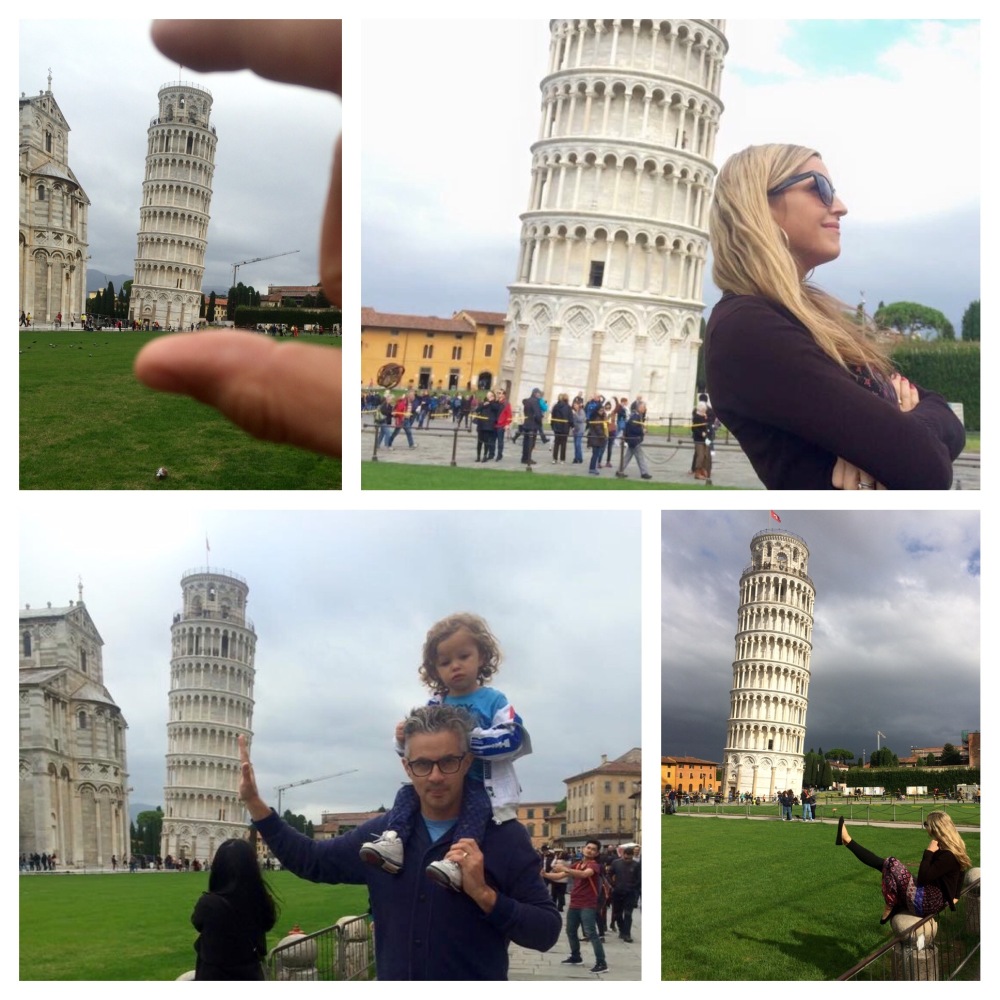 P.S. Mike STILL receives random emails from strangers and when I’m lucky, he forwards them to me. This one had me laughing so hard. It goes on and on. 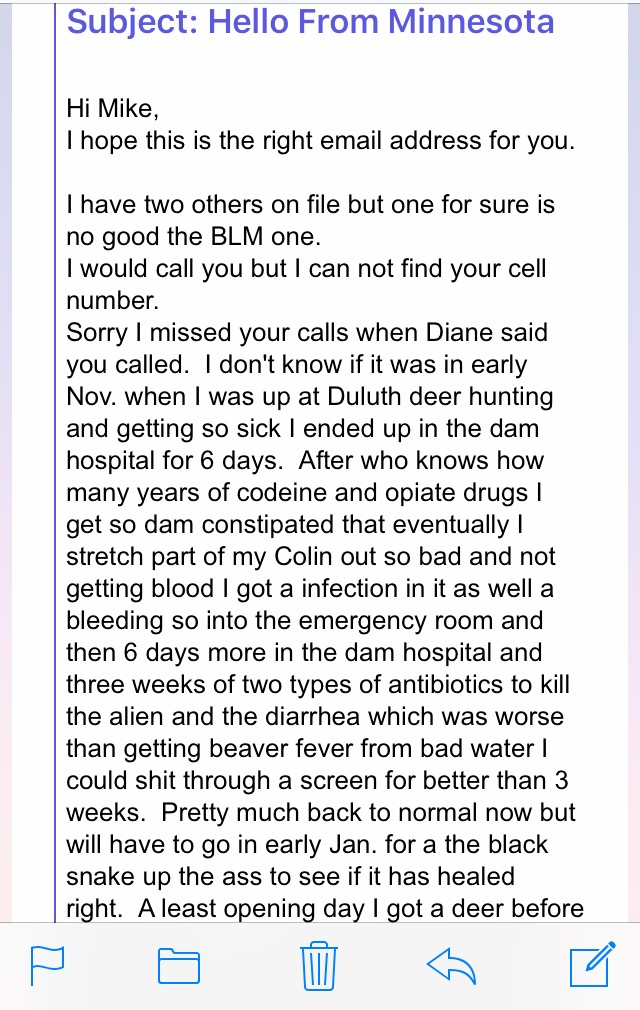