Sooooo it’s been raining here. A lot. When we checked the weather forecast yesterday, it said it was supposed to rain every day for the rest of our trip. [Deep breath.] No big deal. We are going to make limonata out of limoni. 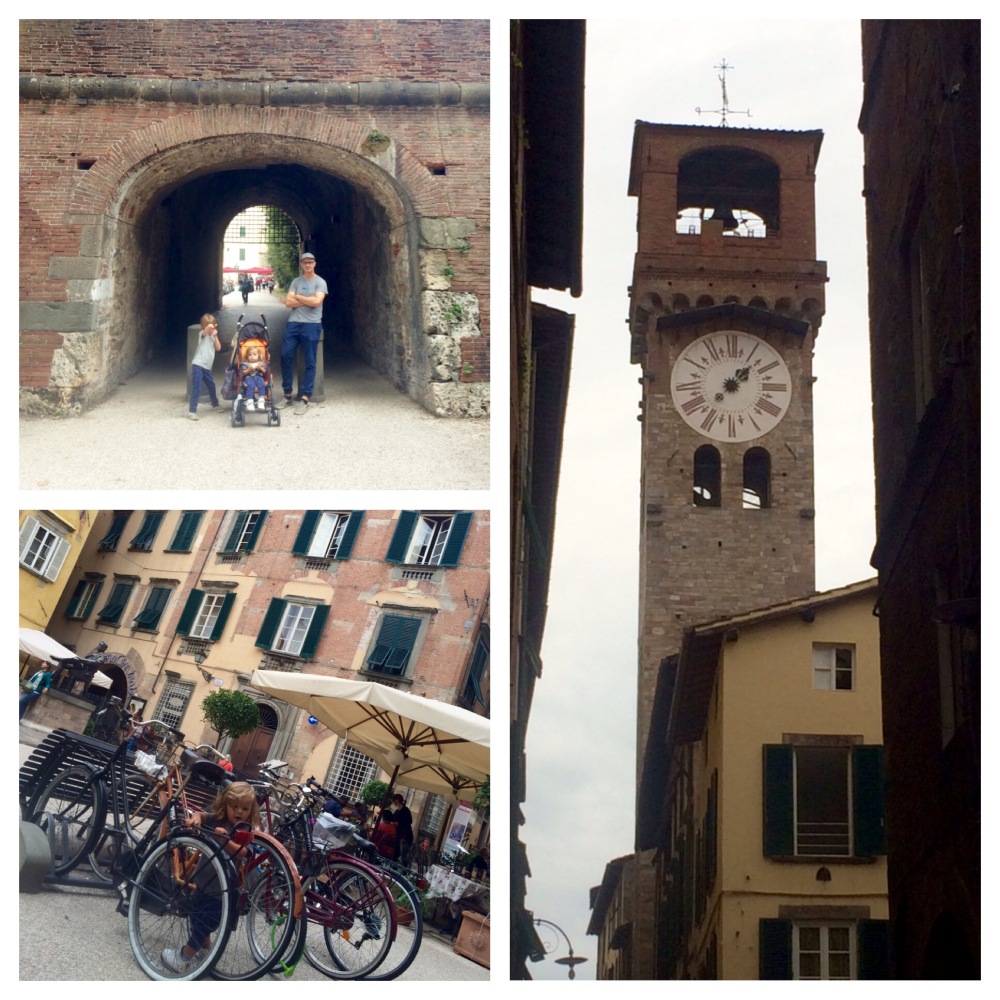 On Monday we went to the town of Lucca, which is about an hour north of where we are staying. Our plan was to grab lunch and then rent one of those big, silly four person bikes and ride it around the city’s thick surrounding wall. We explored the cobblestone streets and charming piazzas on foot and then settled in at an outdoor cafe near the Giacomo Puccini Museum. We came to the right place to enjoy music. Between bites of mushroom risotto, spaghetti carbonara and pizza margherita, we were serenaded by wandering musicians, one playing the accordion and the other a saxophone.

Our next order of business was gelato. We found a gelateria across from the bike rental shop and ordered three scoops – chocolate for Rhône, biscotto for Jonas and frutti di bosco for me. Rocky had a little of everyone’s and when he was all done he marched back into the gelateria and said, “More?” The man behind the counter looked confused. I just smiled, grabbed Rock and said “Ciao!” As we walked towards the bike shop we felt sprinkles of rain and quickly realized the bike ride was not happening.

Before returning to our car, we stopped at the Office of Tourism because Rhône wanted to ask a couple questions about Lucca. He had seen an old drawing of the city with lots of towers and wondered where they all went. The woman fielding the questions didn’t quite understand him and told him about two towers in the city he could visit: an old clock tower and another with trees growing on top! His second question was related to Pinocchio. He had seen a small wooden Pinocchio at a souvenir shop and said to me, “Mommy, I saw this boy in Shrek.” I told him, “That’s Pinocchio! Do you know about him?” 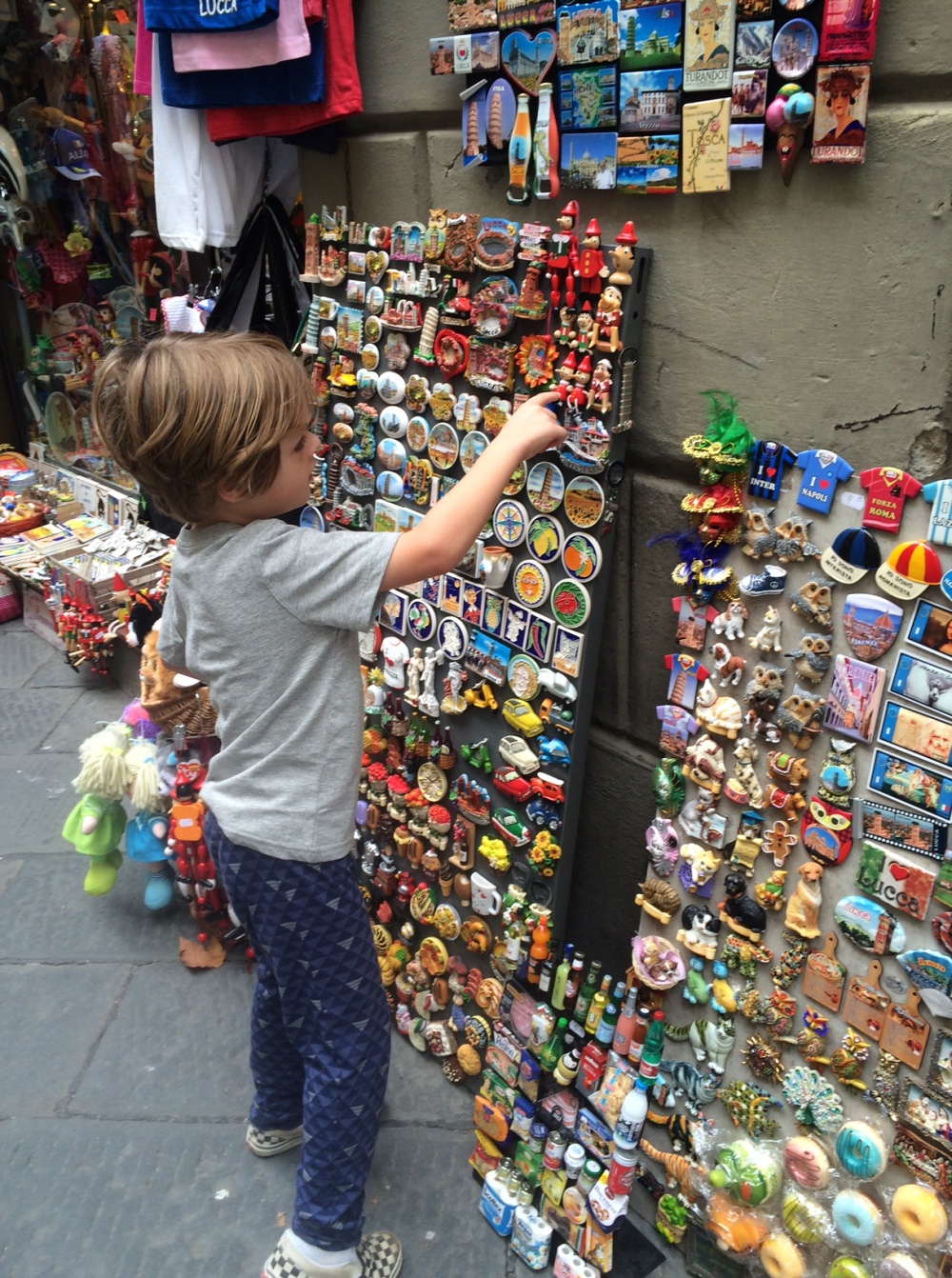 He wanted me to tell him the whole story. As we walked the streets of Lucca, I attempted to do so and then realized I had forgotten many, many details. I didn’t even know the end of the story. Rhône asked the woman at the Tourism Office where he could learn more about Pinocchio and she handed him a brochure for the nearby Parco di Pinocchio. It looked amazing but the rain was coming down harder now so we figured we’d visit another day, or perhaps another trip.
We were driving home towards Crespina and of course we got lost. Even with maps and a general sense of where you are going, Tuscany is not easy to navigate. We realized that we needed to get off the highway and turn around and just at that moment we saw a sign for the Parco di Pinocchio! How in the world did we end up here? When we arrived at the park it was pouring, but we decided to go in anyway. We saw that entry was 12 euros a person. The man at the front desk waved us in and said it was free because of the rain.

We looked through the museum, read Walt Disney’s version of the story on a huge touch screen and then peeked outside. There we discovered an adorable little amusement park, a playground, a mosaic garden and an art studio. The boys went on rides with no lap belts (When in Italy!), made Pinocchio hats in the art studio and ran back and forth over the stones of the mosaic garden. We also saw the original version of Pinocchio, written by Carlo Collodi, portrayed with small animatronic figures. We didn’t even get through half of the space but we agreed we’d had enough fun for the day. Italy is full of sweet surprises.