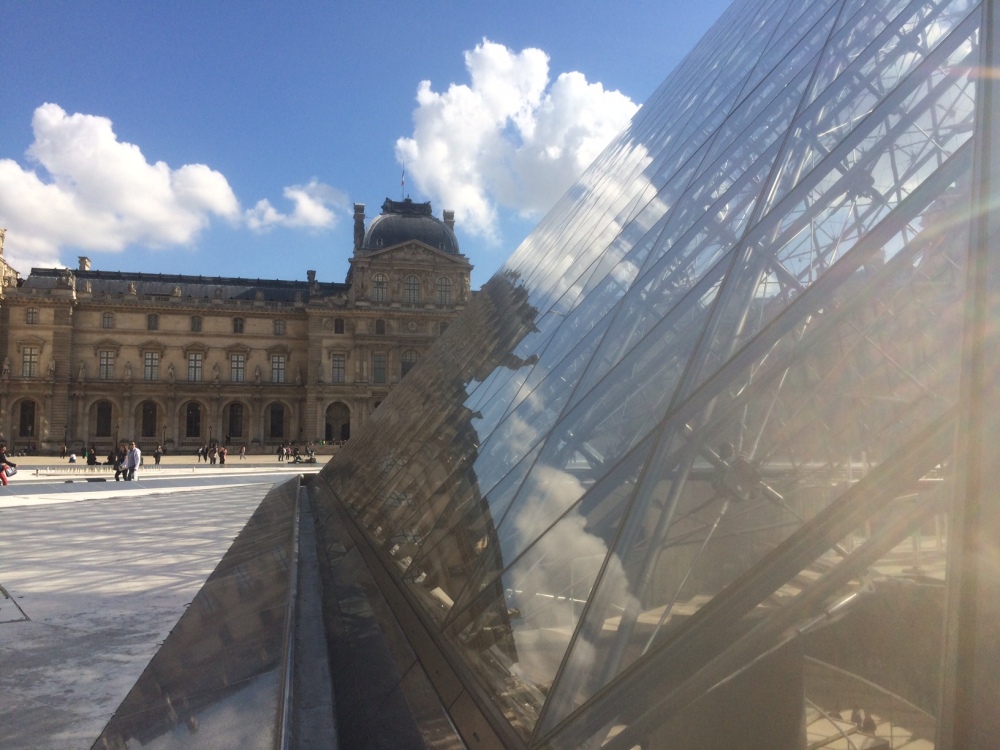 We spent our last full day in Paris exploring the Tuileries Gardens. We exited the métro at the Louvre and sped past the pyramid to the nearby gardens because the boys were so excited to get to the playground. This was certainly not the time to see the Mona Lisa, and no matter anyway because she was already framed and mounted on the bedroom wall in our vacation rental, along with some other fake famous paintings. 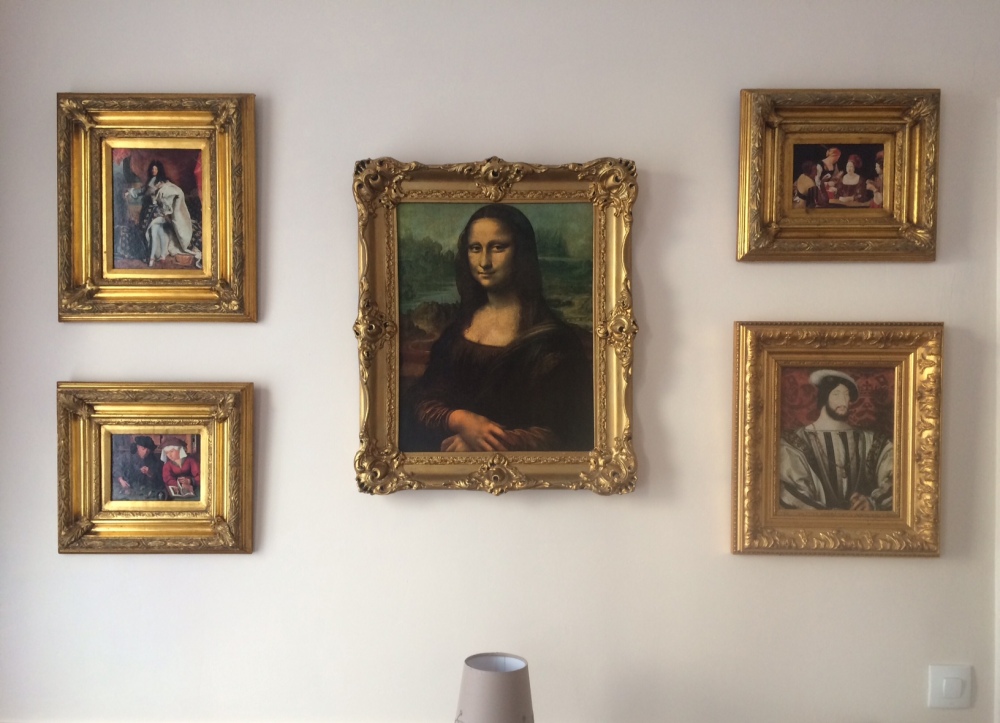 In the gardens we stopped to admire a statue of Diana (Diane in French). I reminded Rhône that Diane is his grandma’s name and showed him the letters engraved on a plaque. He looked at the statue of the huntress, who happened to be topless, and said, “That IS Grandma.” I agreed. She looks just like that. We continued on to the playground, as promised, and Rhône and Rock got to the business of jumping, climbing, sliding, seesawing, spinning, giggling and squealing. There were lots of families and so many different languages being spoken here, however this was not an impediment for any of the children. The language of play took over. 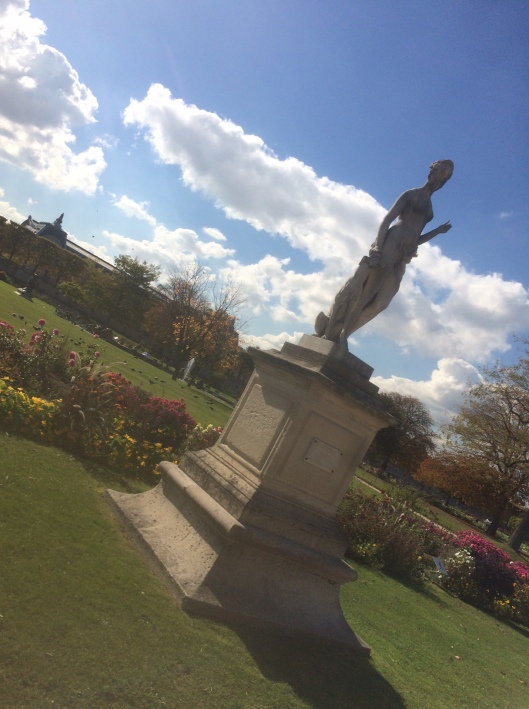 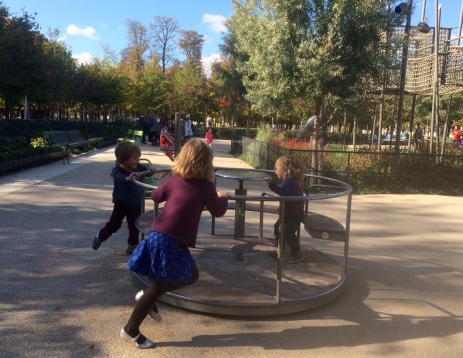 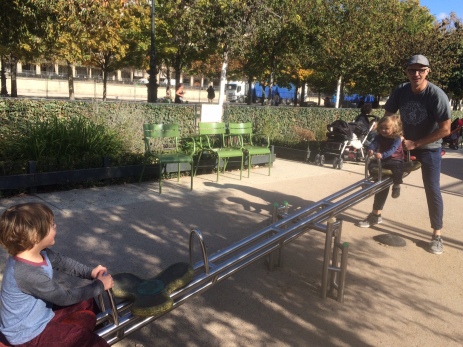 Before heading home to the apartment, we sat down to have a snack. As Rhône munched on a green apple, I asked him, “So what do you think of Paris?” He replied, “It’s good.” I said, “Yeah, I really liked it when I lived here.” He asked me, “What did you like about it?” I looked around and pointed out some statues, fountains, flowers, museums and details on buildings. I said, “There’s always something beautiful to look at.” I also told him how you have the chance to meet so many different people from around the world and as you become friends, you learn all kinds of new things. I could have gone on and on but I could see these answers were sufficient for him. I saw Rhône gazing around, taking everything in and I realized: Paris never stops giving. And the city I once called my own is now my family’s.