I don’t know what we were thinking. To say we weren’t thinking would be a fair assessment. We had no idea the 9-hour time difference would be such a huge hurdle! We slept about 10 hours our first night in Paris, but those hours were by no means consecutive. I’ll spare you the details but let’s just say from 1-3 a.m. there was a lot of crying and screaming in our apartment. Surprisingly, that noise was almost drowned out by some tribal music that was bumping from a nearby venue.

I ended up spending the night in the boys’ bedroom. Rhône was delighted. He kept interlacing his fingers with mine and just as I thought he was about to fall asleep, he’d lean over and kiss the palm of my hand. He learned that from Audrey Penn’s book The Kissing Hand. The kiss warms your heart and that feeling stays with you all day, or all night in this case. We dozed off sometime between 5-6 a.m. and we all finally awoke at 1:30 in the afternoon. Whoops! 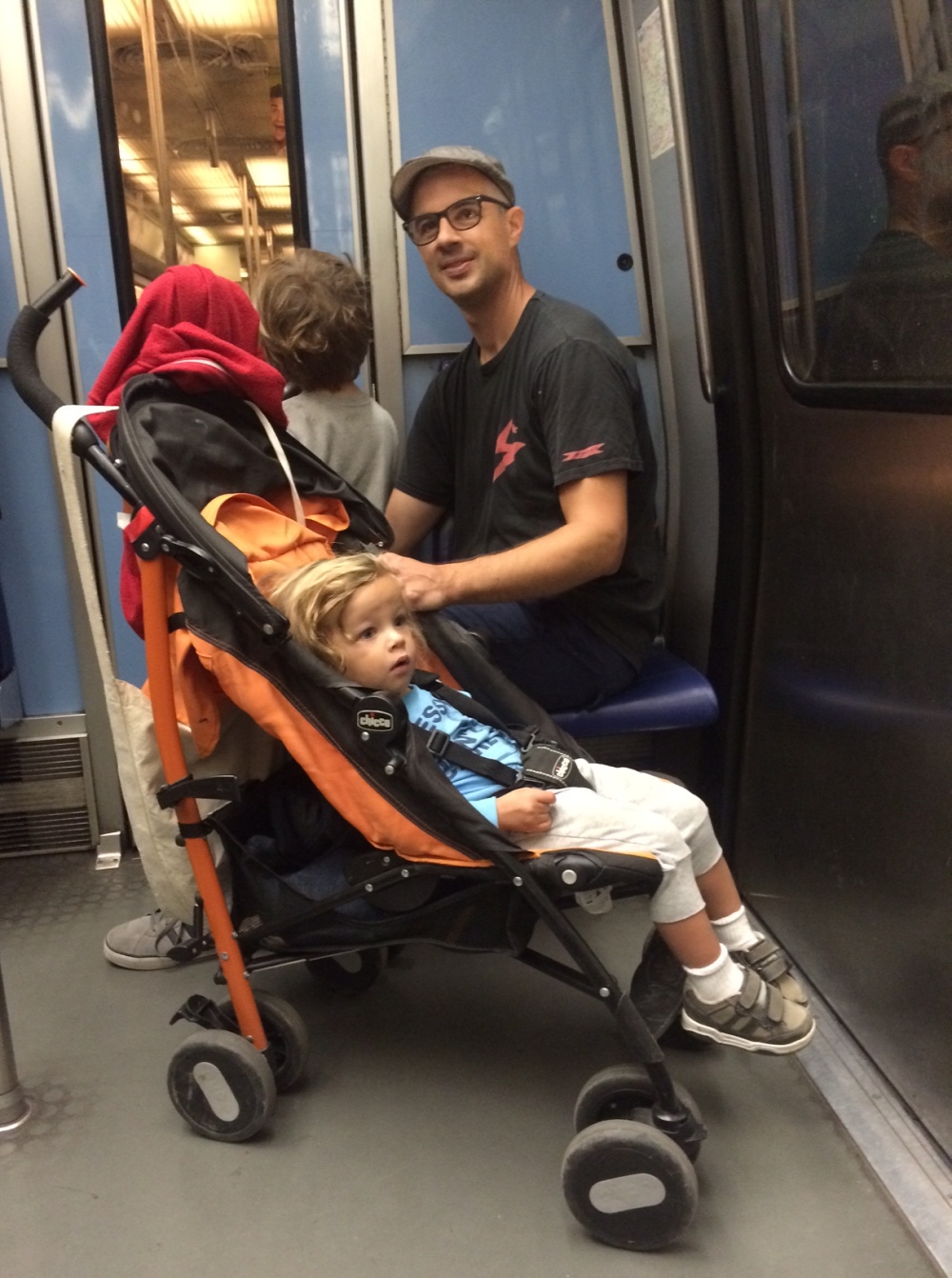 Rocky took his first metro ride today. The look on his face was precious. He was silent the entire ride, pointing his finger at the huge advertisements in each station when we stopped. Jonas and I talked about how we might go about tagging some of those ads with markers and/or spray paint. (Practically every ad in New York City is altered in some way a day or two after it goes up.) The Parisians could have a lot of fun with that. They could also do something like this. Someone must be dying to get their hand smashed by two closing metro doors while dressed up like Serge the Safety Rabbit. 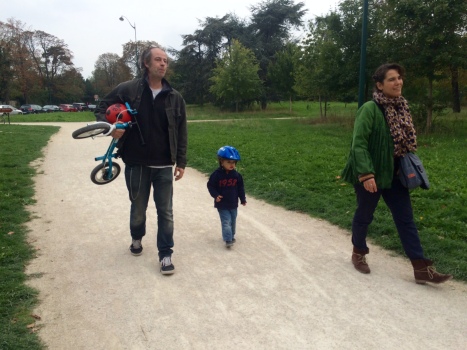 This afternoon we met up with one of my best friends from back in the day, Francis, his beautiful wife Stephanie and their son Robin, who is seriously the cutest and most animated French-English boy I have ever met in my life! We walked through their neighborhood, called St. Maurice, and then took a small path through the Vincennes Forest to a nearby lake. There are a lot of architectural gems here, including The Temple of Love (pictured near the lake), a man-made grotto and Cameroon’s pavilion from the 1931 Paris Colonial Exposition, now a Buddhist temple called La Pagode. Are you looking for the largest statue of Buddha in Europe? Well, it’s here, covered in gold leaf.

We had a low-key dinner near the Canal St. Martin and then returned to our apartment to let Rhône and Rock play with all the toys that Stephanie, Francis and Robin graciously lent us. We’re trying a new strategy tonight. We kept the boys up until 11 p.m. (No problem there because we got up so late.) We’re hoping they’ll sleep for a longer stretch tonight and then we can scale back bedtime each night. It’s past 1 a.m. now so I really need to get myself in bed. It’s Jonas’ birthday tomorrow! Bonne nuit.